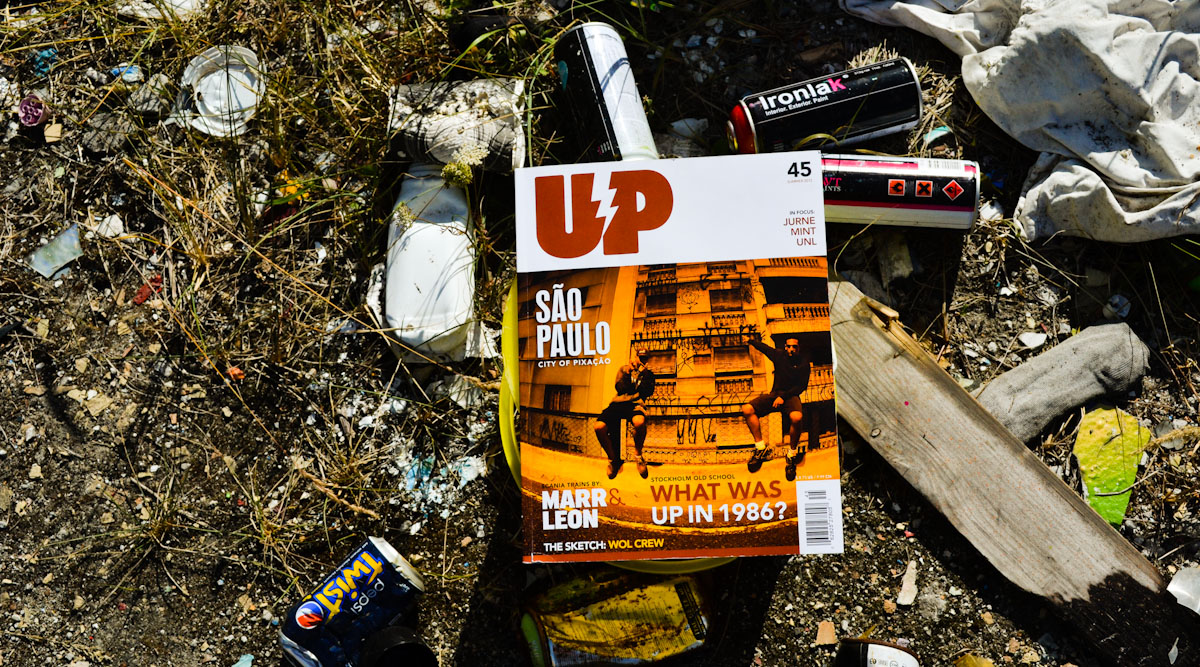 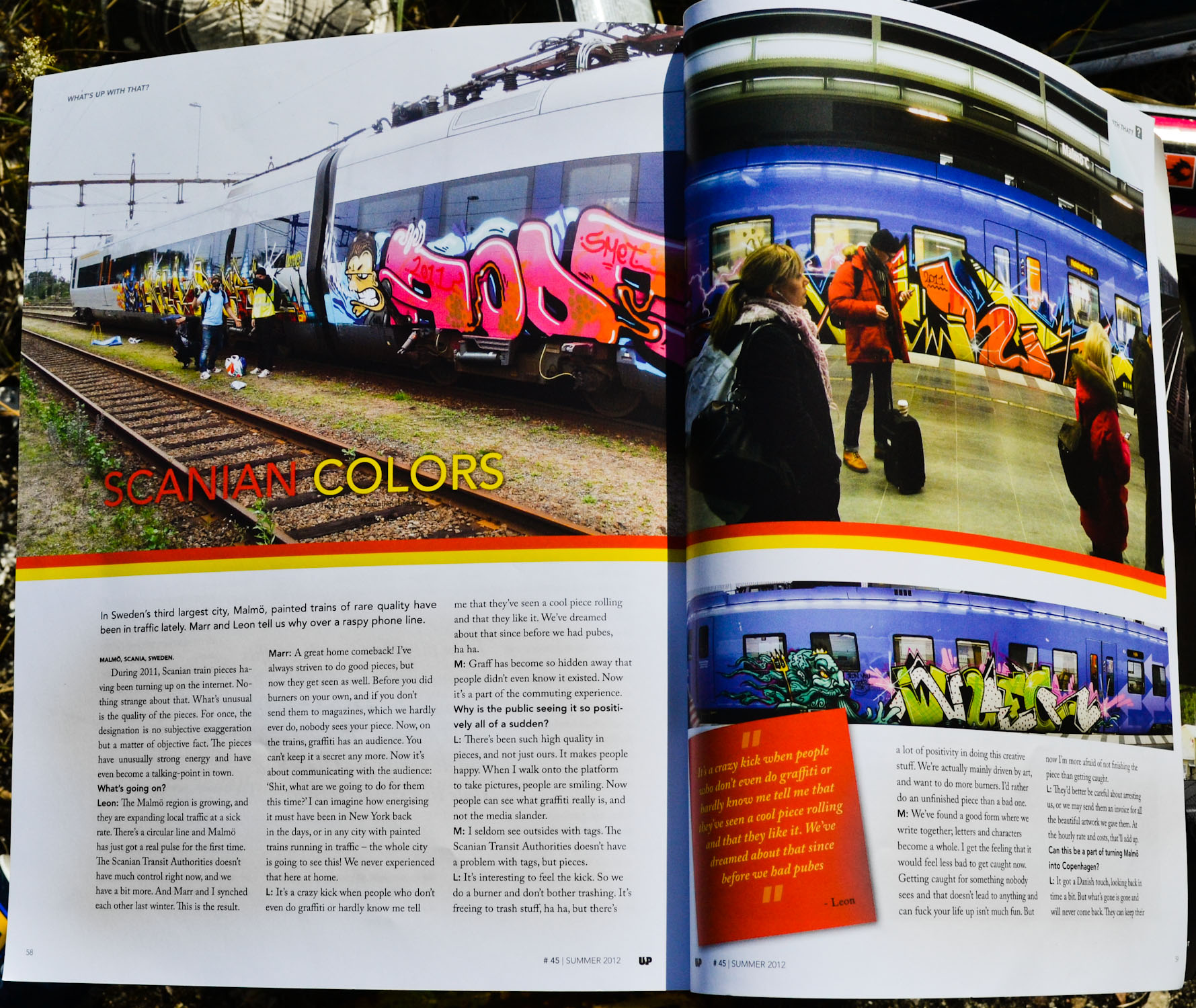 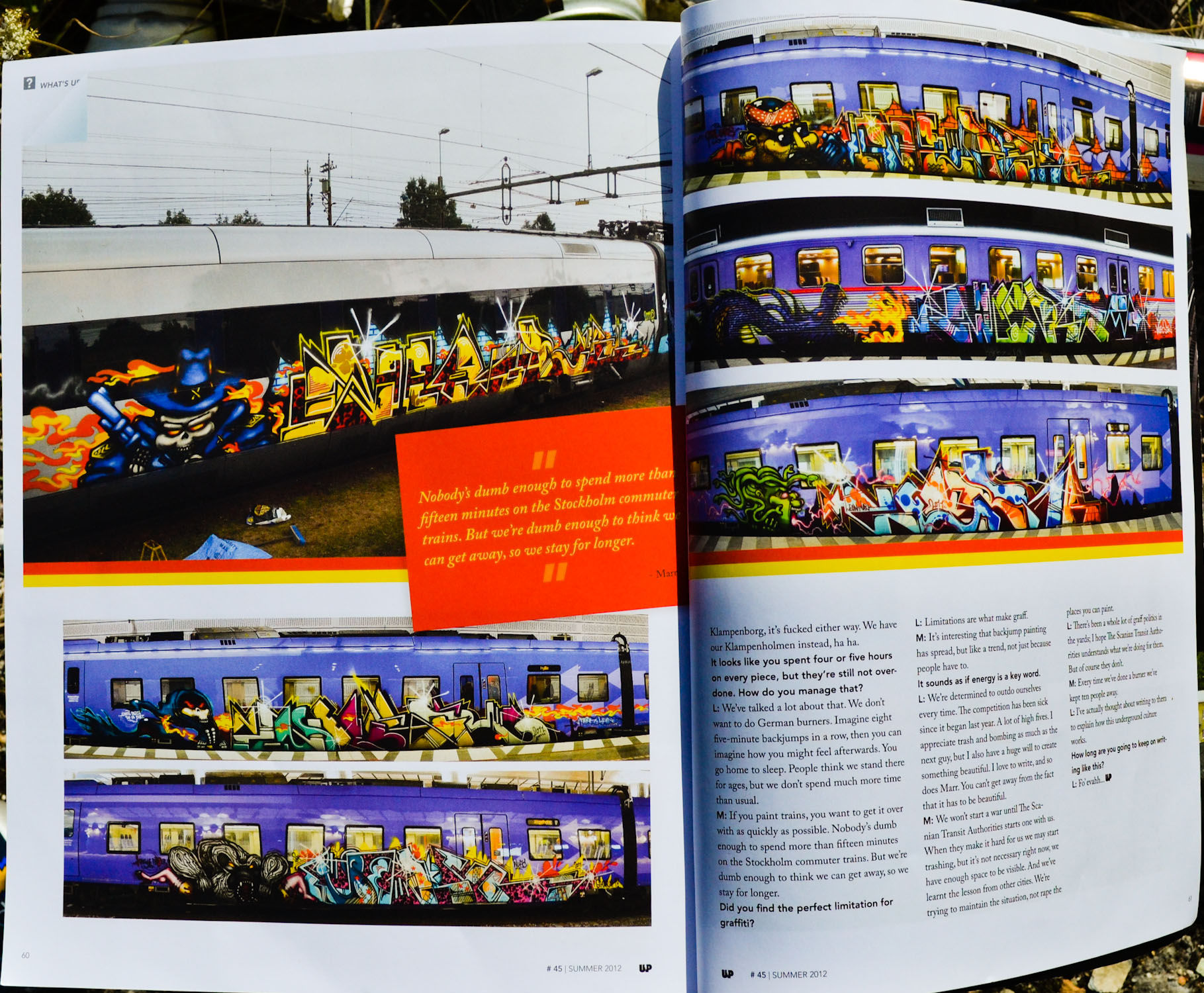 NotGuilty Issue 8 Preview. Pre-Order here now! All pre-orders get a signed and numbered print,
while stocks last! Please keep these pics off the net, no screenshots!

48 pages, black and white a4 where 18 writers from crews such as HM, RHB, DSF, HNR, F.UPS, FAME, OND, MBC, OOPS, BST making their own pages and layout. Numbered edition of 120 copies.

via megalaser. Buy at highlights.

Update: Previews and you can buy it at highlights. 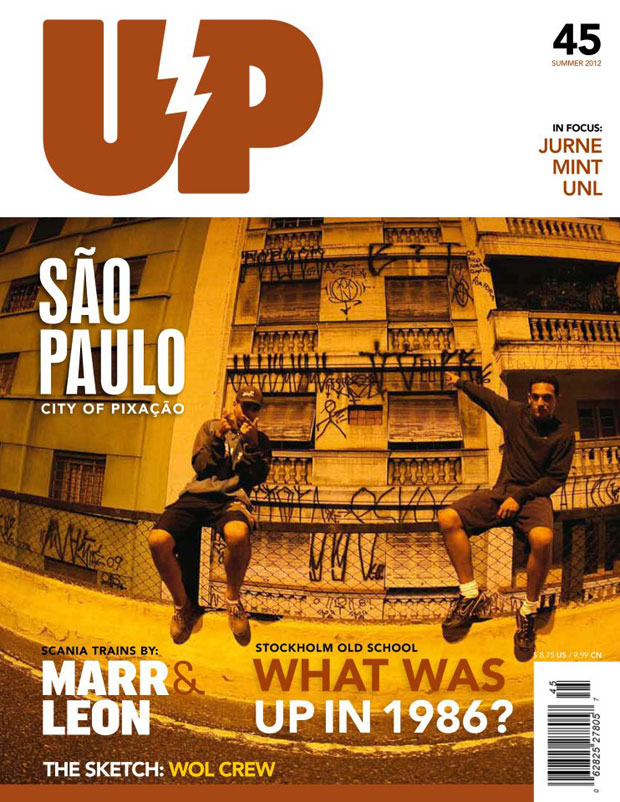 Preview of UP magazines 45th issue. Content includes São Paulo report and interview with photographer Leandro Mantovani, focus on Jurne (US), Mint (SE) and UNL crew (BG), Stockholm Old School, Scanian trains by Marr and Leon. And graffiti on trains and walls from all over Sweden and more 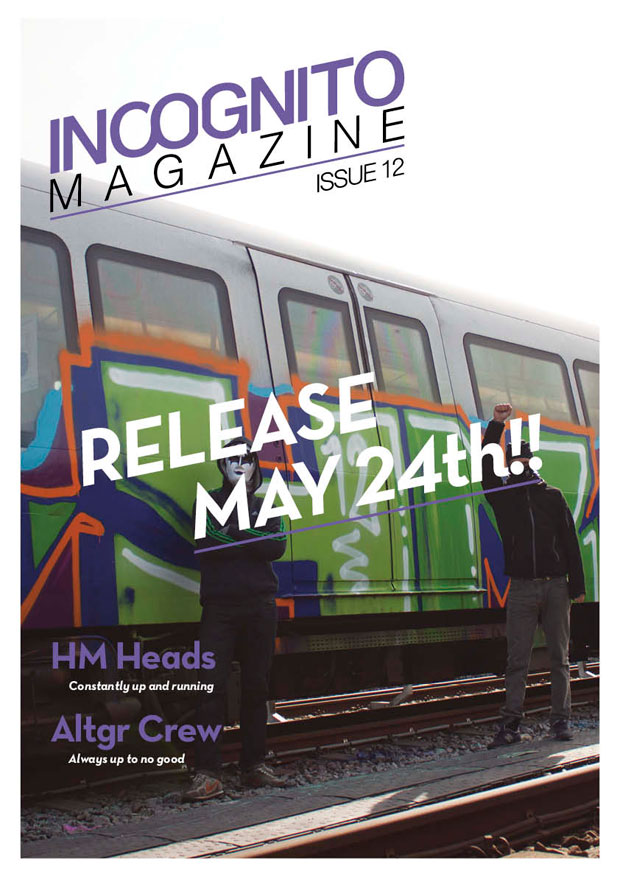 Okey, dudes and dudettes. It´s about time for issue number twelve of your favourite magazine Incognito.
In this Copenhagen special edition we give you interviews with two crews that has notoriously great styles and a visibility that stand out from the rest at the moment.
First up we have the street bombers in the ALTGR Crew, who definitely claim the city streets at the moment. Then we also have an interview with HM Heads who acts like it’s the year 1976 and delivers insane amounts of panels on the S-trains every week.
Then as per usual, an gigantic amout of great trains, walls and bombing from all over the world from all your favourite writers such as UZI, TOMCAT, TOMEK, PUBES, CTO, TSK, BST, PUBB, PETRO, EGS, SABE and many more.

This is yet another great issue that won´t dissapoint anyone familiar to Incognito.
And as always, you better act quick because the magazines tend to sell quick!

Check the previews and buy for $8.00 @ phloatedstore.