So Shepard Fairey is in Copenhagen these days for his show which opens on friday at V1 Gallery in the meatpacking district. In the meantime he has some time to do some murals in the city of Copenhagen which I personally really digg! While going to paint my own wall yesterday I saw Shepard biking around Vesterbro looking at walls. Later on tweets and pics came ticking in about Shepard painting the big wall surrounding the vacant slot at Jagtvej 69 where the Youth House used to be. The outdoor project is a collaboration between Shepard, the municipality of Copenhagen and V1 Gallery. The municipality has invested 250.000kr and should the overall expenses exceed that amount Shepard has assured that he himself will pay the rest. The rumor has it he will be painting on Østerbro today otherwise I’ll see you all on friday at the show where Shepard will be dj’ing at the afterparty. 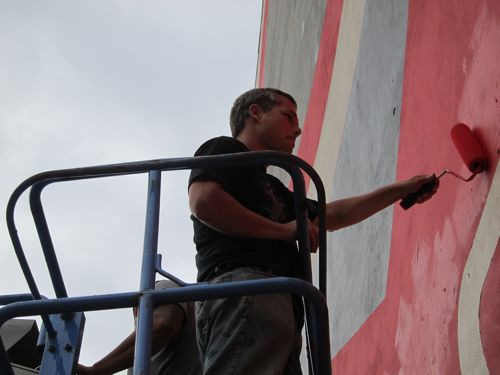 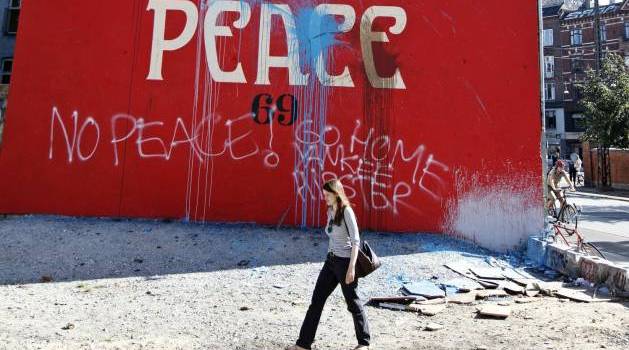 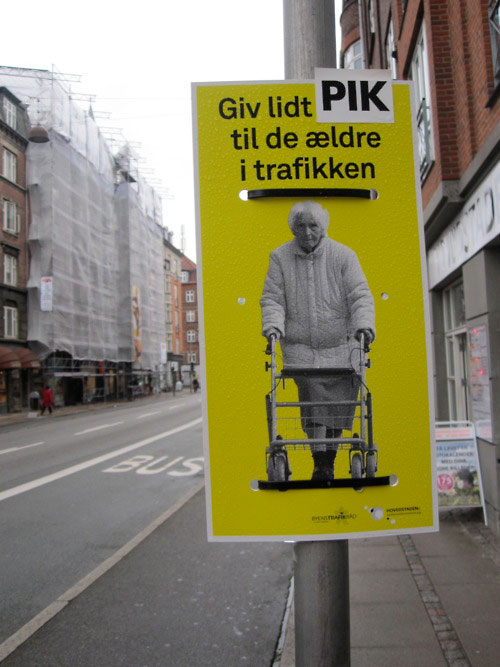 Interview on b and photos on piktures.dk.

Meet the street artist BERT. He want´s Copenhagen to shine with crazy colors and funny figures. We went along one… 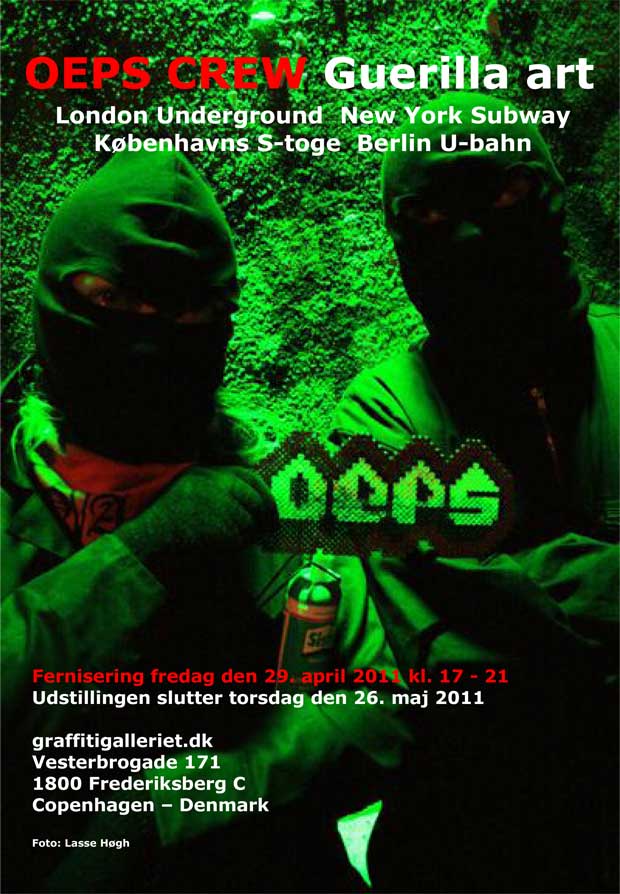 If this is the first you hear of the new Oeps exhibit you missed the opening, but you can still swing by Graffitigalleriet to see the girls exploits. “OEPS CREW – Guerilla art” is open Thursdays until the 26th of May. 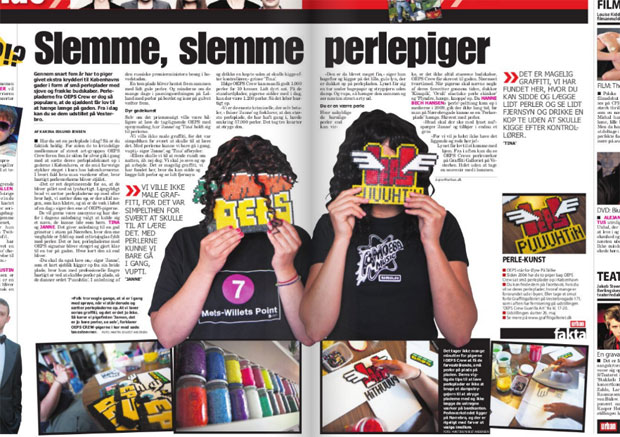 The crew also did an interview with Urban.

Here is a little behind the scenes look at one of the fun treasure hunts Huskmitnavn has on his facebook.

This is the film about the treasure hunt part 10 I did before christmas.
English subtitles
Enjoy !

Made by Miriam Nielsen for Third Ear Radio